Trade tensions and inflation data dominated investor sentiment creating increased volatility in the stock market. Stocks got off to a good start last Monday primarily due to a lack of any bad news over the prior weekend. Stocks then fell on Wednesday when trade tensions surfaced on news the U.S. would continue its plan to enact an additional $200 billion worth of tariffs on a variety of Chinese goods to begin a few months from now. However, this threat was not met with an immediate response from China and investors viewed this as a positive sign helping the stock market to recover on Thursday. In fact, the technology laden NASDAQ Composite Index set a new all-time high on Thursday and Friday.

Inflation data came in a little hotter than expected with the Producer Price Index rising 0.3% in June following a 0.5% increase in May. On an annualized basis, Producer Prices have increased 3.4%, their fastest increase in almost seven years. Increased costs for steel and aluminum were noticeable suggesting the tariffs recently put in place by the Trump administration for these metals are beginning to drive input costs higher for manufacturers.

Also, inflation at the consumer level edged higher but was within the consensus forecast. The headline Consumer Price Index (CPI) in June increased 0.1% with the Core CPI rising 0.2%. However, consumer prices have risen 2.9% over the past year for its highest rate in six years. This year-over-year rate more than offsets the 2.7% increase in average annual wages over the same time period leading to growing inflation concerns. These concerns have shown up in the latest Consumer Sentiment report from the University of Michigan where it was noted “The primary concerns expressed by consumers were a decline in the future pace of economic growth and an uptick in inflation.”

In housing, the latest data from the Mortgage Bankers Association’s (MBA) weekly mortgage applications survey released on Wednesday showed an increase in mortgage applications. The MBA reported their overall seasonally adjusted Market Composite Index (application volume) rose 2.5% during the week ended July 6, 2018. The seasonally adjusted Purchase Index increased 7.0% from the week prior while the Refinance Index decreased by 4.0% from a week earlier to its lowest level since December 2000.

The FNMA 30-year 4.0% coupon bond ($101.984, -7.9 bp) traded within a narrower 26.6 basis point range between a weekly intraday high of 102.016 on Friday and a weekly intraday low of $101.750 on Wednesday and Thursday before closing the week at $101.984 on Friday. Mortgage bonds traded within a narrow range between resistance and support levels ending the week close to resistance located at $101.988 on Friday. A weak sell signal on Tuesday was followed by a weak buy signal on Friday suggesting the bond could continue to consolidate and trade sideways like it did last week. This should result in stable mortgage rates this coming week.

Economic reports having the greatest potential impact on the financial markets are highlighted in bold.

OK, so spring is here and we still have snow on the ground, UGH!

I know you are thinking, how can I put my house on the market when I still have snow in my yard.  Not to worry, most buyers know and understand this.  However if you are concerned about any potential buyer not having vision, I would suggest finding last year photos of your yard.  They can always be included in the listing to show them.  You can also leave them on your counter or table during showings.

I  think we are all eternally optimistic, you would need to be if you live in the New England area.  This has been one of the longest, coldest and snowiest winters we have seen in years.

That being said, it’s now spring, no really I’m serious….

Real estate believe it or not is HOT!!  For some reason, inventory is low and there seem to be more buyers than sellers.  If you are thinking of selling now is the time!  I have listed a few towns with their active listings, the numbers a staggering low:

If you’ve followed the market, you would know these are very low numbers.  You may think, UGH I can’t even imagine getting my house ready to sell.  Not to worry, here are (3) simple projects that can be done in a weekend!

Sometimes its hard to start the process, I would like to suggest you create a time line with your agent and press GO.

I am happy to help in any way, please call if I can assist you in selling your home or if you have a friend or family who is in need, I work by referral only.

If you are looking to purchase a home, I can help with that too.

Home prices are soaring, but is inflation? Find out in this week’s Markets in a Minute! 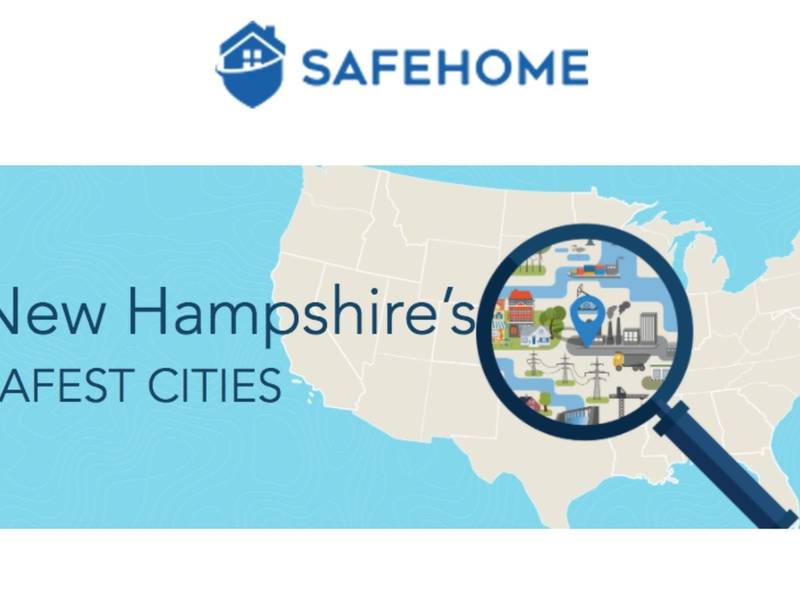 A national research firm has compiled analytical data from around the United States to create the latest safe cities list, including communities in New Hampshire. The org – Safehome.org – is using similar data that was released last year by SafeWise to create both national and state lists. Safehome, according to its analysis, used the FBI’s Uniform Crime Reporting data as well as information from the Census and then, analyzed all communities with more than 11,000 residents.

The org calculated a Safety Score based on formulas and factors which weighted specific crimes. The metrics then were cross-referenced with demographic data.

Based on the data, Windham came in fourth on the list with a Safety Score of 90.8.

Neither of New Hampshire’s two largest cities with more than 50,000 people – Manchester and Nashua – made the Top 101 safest cities in America list, according to the data.